The customer saw a significant decrease in the amount of off spec material and returns, while production increased.

Customer:
Leader in the Performance Chemicals Industry
Description of Business:
A leading global force in pulp bleaching technologies, paper chemicals, colloidal silica and expandable microspheres.
Challenge:
A water solution was needed to provide pure water as makeup to a key product.
Solution:
Working closely with the customer, Culligan installed a 100gpm brine recovery RO. This allowed Culligan to take the 90,000 GPD of brine and recover 67,000 GPD.
Result:
The customer saw a significant decrease in the amount of off spec material and returns, while production increased. These benefits covered the cost of the monthly long-term lease/service approach that Culligan provided.

Initially, Culligan began working with the company on a trial that used a reverse osmosis (RO) system for process water feed. Culligan installed a temporary 150gpm RO system for the two-month trial, which was thought to be long enough to produce and test multiple batches of the specific product that was of concern.

As the trial progressed, the customer added an additional six months of testing in order to gather more data. During this trial, they began to see the hoped-for results with the specific product. At that point, they started to use the pure water in other processes to determine whether they could derive any additional benefits.

The strategy was successful. The customer saw improvements across their product lines that helped justify the purified water. Those improvements included an overall higher product quality when using higher quality water, the virtual elimination of off spec product, and an increase in production time due to reduced mixing times using the pure water.

With most of the plant running on RO purified water, Culligan now needed to address two issues. First, the customer needed more than 200gpm of product water, and second, they also needed a way to minimize waste as their plant’s waste handling system had been built and designed for a facility that was significantly smaller than the current one. However, a new waste system would be very expensive and require more permitting. Instead, Culligan’s approach was waste minimization.

Looking at their feed water and the current RO reject water, Culligan suggested installing a brine recovery RO. This would increase the amount of available RO water, and it would also reduce the plant’s waste.

Working closely with the customer, Culligan installed a 100gpm brine recovery RO. The reject from the 200gpm system was sent to a collection tank, which served as the makeup to the 100gpm brine recovery RO. This allowed Culligan to take the 90,000 GPD of brine and recover 67,000 GPD. It also took the plant’s waste from 60gpm down to 16gpm and increased their RO product water from 200 to 245GPM – a 73% reduction in waste and 23% increase in production.

Culligan also piped city water to the brine collection tank so that city water could be blended with the brine or supplied to allow the brine RO to produce 100gpm in the event the customer needed 300gpm total or if one of the first two RO units were down.

The customer saw a significant decrease in the amount of off spec material and returns, while production increased. These benefits covered the cost of the monthly long-term lease/service approach that Culligan provided.

While the initial target goal was to reduce off spec product in one specific offering, the customer realized a number of additional benefits:

•Reduced off spec material in several other product lines 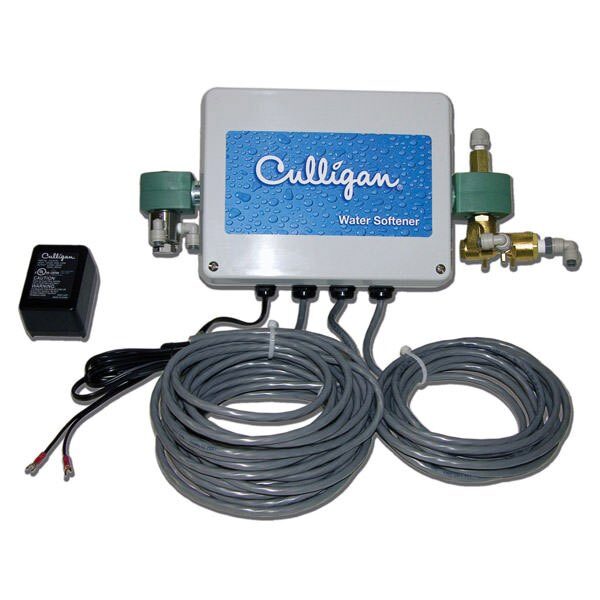 Culligan’s Brine Reclamation service can simply be retrofitted to most commercial water softening systems, and provides a more efficient alternative to any other brine reclamation system on the market. 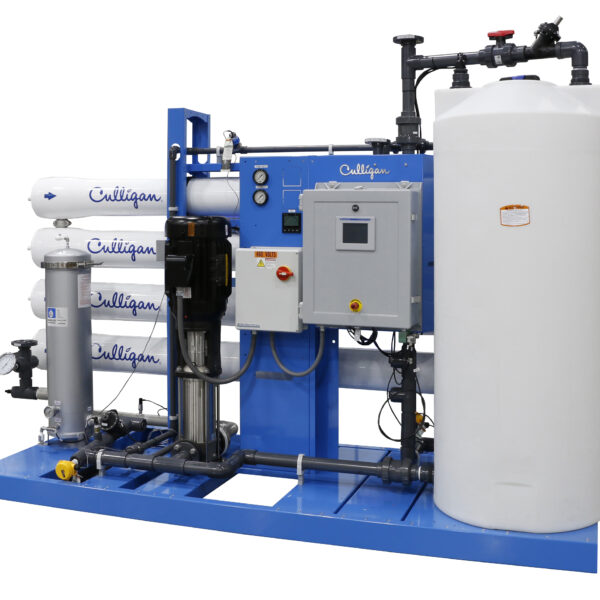